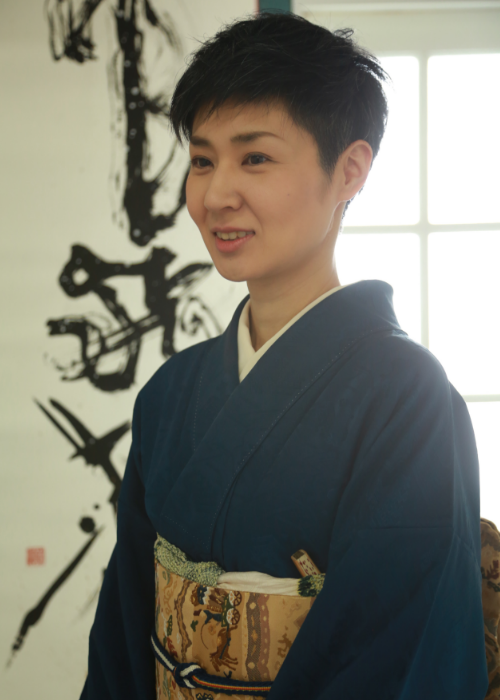 Kanako Sehara’s works are based on traditional techniques and address themes such as »nature and human,« »time and sky,» and »sound and word.«

Her solo exhibitions with the themes of »scientific signs,« »equality/non-equality,« and »cunt« have been shown at Issoan Zen Monastery (2020), Kyukyodo Gallery in Ginza (2017) and Kansai Airport Exhibition Hall (2012) in Japan, among others. In 2014, she made live painting for 7 days in the main window of Hankyu Department Store Umeda in Osaka. She created an online performance series with CUNTethics and SQUATconstallation in Berlin (2020). She performed at the NU Chayamachi event »Black World« (Osaka, 2017) and at the Kiyomihara Shrine’s memorial service for tsunami victims (Osaka, 2011). Her works have also been painted on temple plaques and products, such as the »Fushimizukura« plaque for Kyoto sake brand Kizakura Sake (2016) and the »Dewazakura« label for the 90th anniversary of Seijo Ishii (2017).

Kanako runs her own school of calligraphy and tenkoku in Osaka. She teaches regularly at the Miho Museum School and the YMCA in Japan. She also lectures and gives workshops throughout Japan and at Wright State University in the United States.

Next: Shingo Shimada, Science
back to Overview