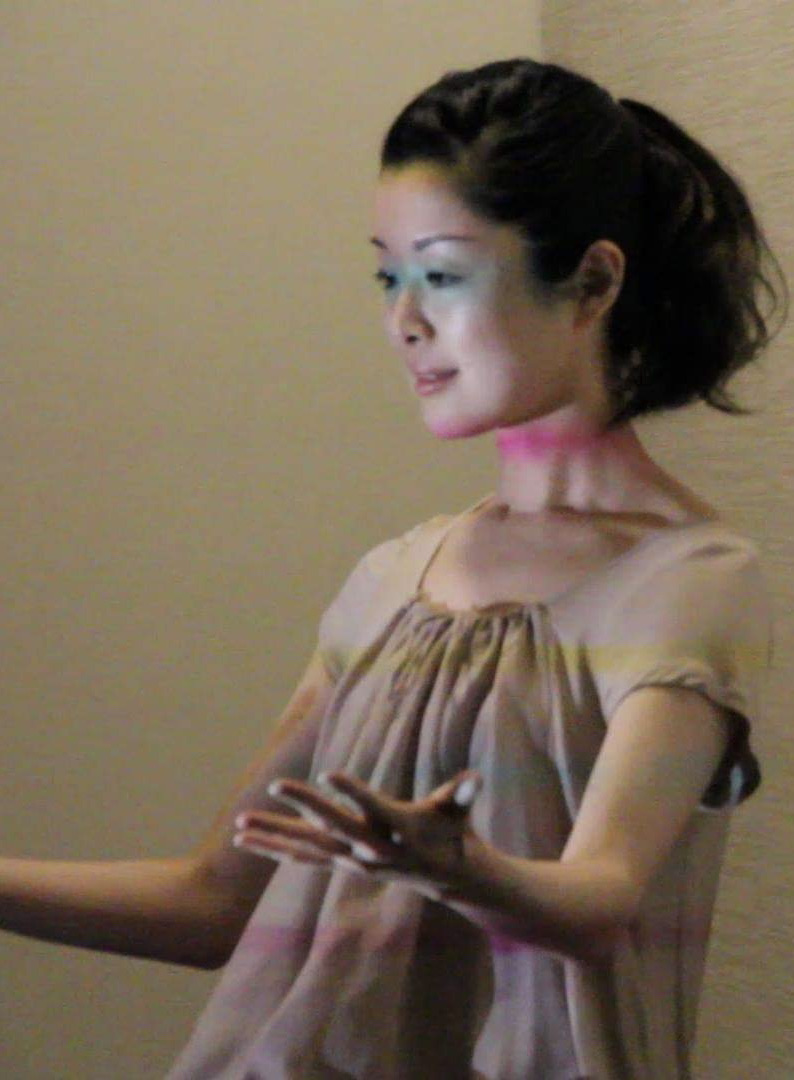 Miho holds M.A. in Arts Politics from Tisch School of the Arts at New York University, B.A. in Sociology and Anthropology from Swarthmore College in Pennsylvania, and is trained in figurative arts at Bigakko experimental art dojo in Tokyo. Her works manifest Western backgrounds in education, experimental arts and music. At the same time, the ancient arts and sacred practices of Japan feed her artistic backbones. She is extensively trained in her family tradition of Ikebana flower art, Noh dance and vocals, tea ceremony, and the underlying conceptual systems.

Next: Silke van Dyk, Science
back to Overview